Market leader DJI announced the introduction of a new geofencing system in a press release this week. At the same time DJI ends its long-standing partnership with Airmap and obtains the data for flight zones from PrecisionHawk.

The biggest difference to the previous geofencing solution in the DJI Apps: There will now be detailed, three-dimensional security zones near the airport. The two-dimensional circles with which the no-fly zones at airports were previously defined will be replaced by three-dimensional “tunnels” and polygons. The circular no-fly zones have been a big restriction, especially for professional commercial drone pilots, since they block any flights in the area of a fixed radius disregarding of the real risk associated with it. 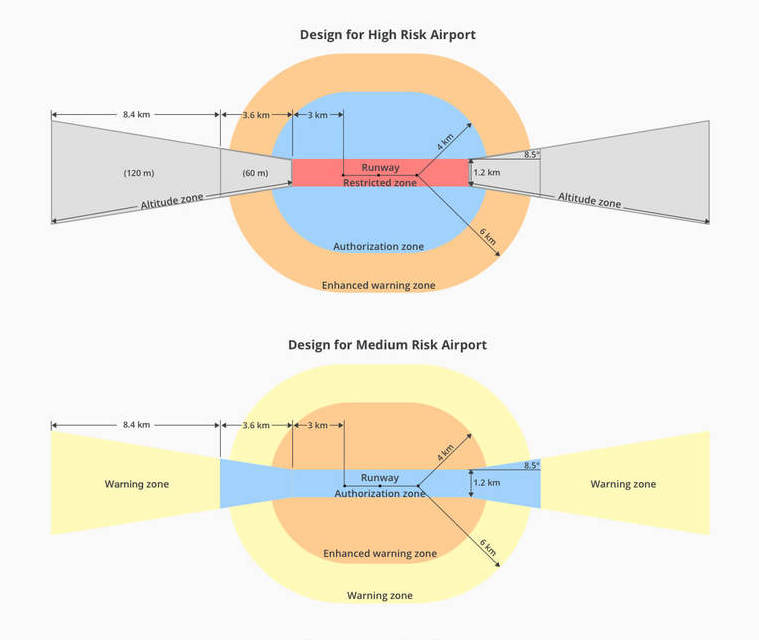 The no-fly zones are thus defined more precisely along the approach corridors of the aircrafts and allow more flights closer to the side of the runways. Drone pilots with verified DJI accounts can unlock some areas if they have legitimate reasons and necessary approvals, but the most critical areas require special action from DJI to unlock them. At the same time, DJI will revise this unlocking process so that professional drone pilots with flight authorization can receive unlock codes at sensitive locations within 30 minutes.

The new system will be phased in gradually from November for the airspace around US airports. In order to switch to the new flight zones, all you need to do is update the DJI Go App as soon as it is available. DJI announces that “upgrades in other regions will follow at a later date”.