The International Atomic Energy Agency (IAEA), together with partner organisations, has successfully tested how drones can be used to combat the spread of mosquitoes that transmit diseases such as Zika and dengue fever.

In cooperation with the Food and Agriculture Organization of the United Nations (FAO) and the non-profit organization WeRobotics, the IAEA has developed a technology that is used in the application of sterile insect technology (SIT) for pest control. SIT uses radiation to sterilize male mosquitos. The insects are then released with a drone to mate with wild females. Since they do not produce offspring, the insect population decreases over time. 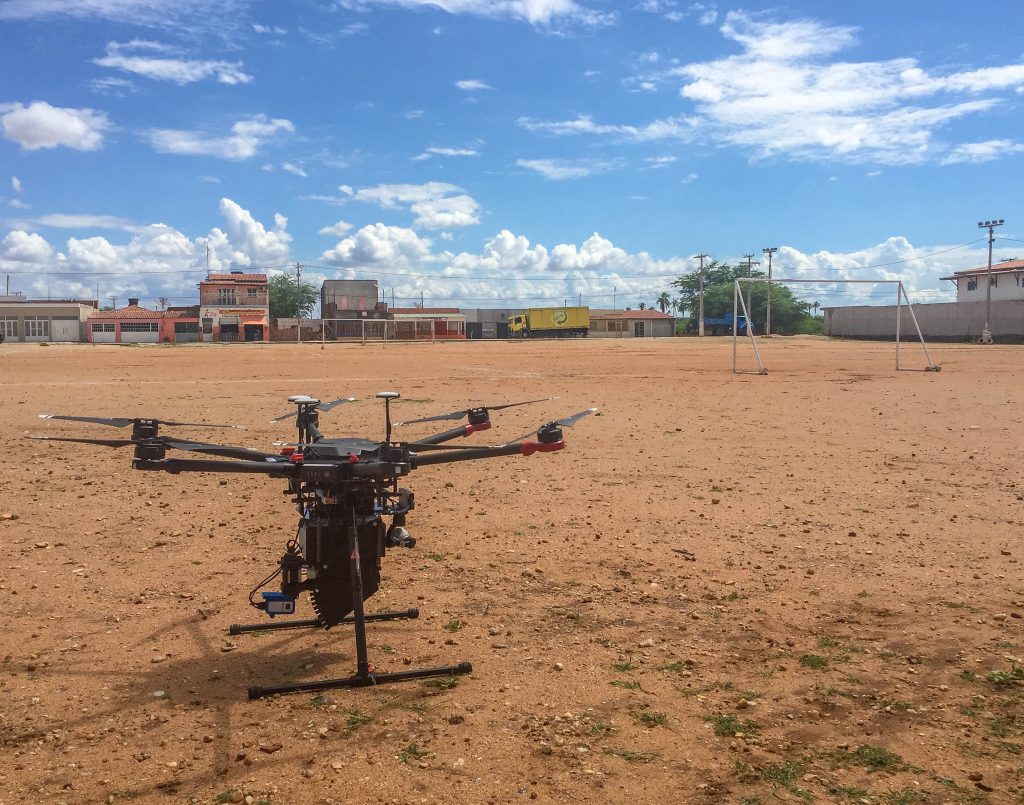 Especially the release of the manipulated mosquitoes has been a problem for SIT up to now: To be effective, the mosquitoes must be spread evenly over a large area: the natural range of action of such a mosquito is only 100 m. In addition, the wings and legs of the sensitive insects break easily, which would lead to high losses if dropped from aircraft at great heights. So far, insects have therefore been released on the ground in a very time-consuming and labor-intensive manner. The use of drones is a breakthrough and paves the way for large-scale and cost-efficient releases. With the drone, 20 hectares of soil can be treated in just 5 minutes and  the procedure reduces the cost of releasing mosquitoes by half. For the project, the DJI M600 was converted and enhanced with a container for 50,000 mosquitoes including a mosquitoes release mechanism.

Brazil plans to start using the drone-based SIT system in selected urban and rural areas from January 2019, at the peak of the mosquito season. WeRobotics continues to work with its local partner Moscamed Brazil to reduce the weight of the drone and increase its capacity to up to 150,000 mosquitoes per flight.

With the spread of the Zika epidemic in Brazil and Latin America in recent years, the development of SIT to combat mosquitoes has become increasingly urgent. As part of its technical cooperation programme, the IAEA provides assistance to affected countries to boost regional capabilities to apply SIT to fight diseases.