On 30 July, the UK has introduced new laws restricting all drones from flying above 400 feet (120 m) or within one kilometer of airport boundaries. 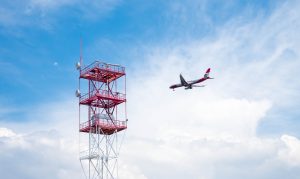 The legislation is not coming as a surprise: the country has seen a year-on-year increase in the reports of drone incidents getting close to aircraft. In May 2018, a drone came within six metres of colliding with a plane which had taken off from Luton Airport. In 2017 alone, 93 incidents have been reported.

More regulations will follow later this year and in 2019: The UK Civil Aviation Authority (CAA) will start a drone registration database and drones weighing more than 250g will now have to be registered.

This will affect a large number of popular consumer drones with camera, including the DJI Mavic Pro

will be light enough to not fall under the registration limit. However drone operators have until November 30, 2019 to sign up to the CAA register.

Furthermore, the CAA will introduce online safety tests for drone pilots, which will come into force on 30 November 2019. Owners of drones over 250 g, who do not register with the CAA or complete the safety test, could be fined up to £1,000.

All new rules and guidelines can be found online in the CAA’s Dronecode.