Drones for less than $99 have so far been rather uninteresting for most enthusiastic drone pilots: Drones from this category usually fly only a few minutes, have no GPS stabilization and – if there is one at all – an awful camera: In short: These are toy drones that are great for learning to fly or just having fun. However, the models cannot keep up with the range of functions and image quality of a drone from the market leader DJI

or Yuneec and GoPro.

from the Chinese start-up Ryze Technology could turn this assessment upside down: The small drone should be able to fly up to 13 minutes, comes with a 5 MP camera and contains a lot of technology, different automated flight modes and obstacle detection like the much more expensive models from DJI. This is no coincidence because the drone was developed in cooperation with DJI and Intel. All in all, an exciting combination of very compact drone and the latest technology, which I couldn’t wait to test myself!

DJI Spark (left) and Ryze Tello (right) next to each other

At first glance, the Tello model looks like a shrunken DJI Spark

. With a weight of only 80 grams, Tello is a real mini-drone and differs from the much bigger Spark. On the tiny body are the non-retractable outriggers with directly driven brush motors and relatively large propellers. Spoilers: This drive makes Tello faster and more reactive in control than other mini-drones. Charging the battery took about an hour – when fully charged, the blue flash turns into a steady blue glow.

Before you start, download the corresponding Android or iOS app for the Ryze Tello and connect to the drone. On the touchscreen you can select the flight modes and steer the drone. Tello’s camera image is streamed to the smartphone screen in real time, and if you keep the drone close enough, the connection is relatively stable. Photos and videos are stored directly on the smartphone. Tello does not have a microSD card slot or internal memory. I will get back to this point later.

Screenshot from the Tello App

Tello makes it easy even for unexperienced pilots: To take off, you can simply throw the drone into the air or letit take off automatically. There are numerous pre-programmed, automated flight modes to get started and directly record some amazing videos. Tello can even perform some tricks like a flip at the push of a button – even the more expensive DJI models can’t do that and is certainly a highlight for children. Although the drone does not have GPS stabilization, it does have camera sensors that detect obstacles and prevent collisions. There are even downward sensors with which the Tello can take off and land on the hand.

The small drone is controlled via the touchscreen of the smartphone and reacts quite agile to the inputs. The nearly 17.8 mp maximum airspeed are not as fast as a DJI Phantom or Mavic, but it is definitely fun and can also be mastered by children. All too far away you should not fly: On the one hand, after about 100 m is the end with the radio connection, on the other hand, the tiny Tello is also hardly recognizable in such a distance. Tello also uses the lower sensors to orientate himself. This works very well up to an altitude of about 5 m, if you go higher, the app often reports that the positioning is no longer reliable. The maximum flight altitude is limited to 10 meters. 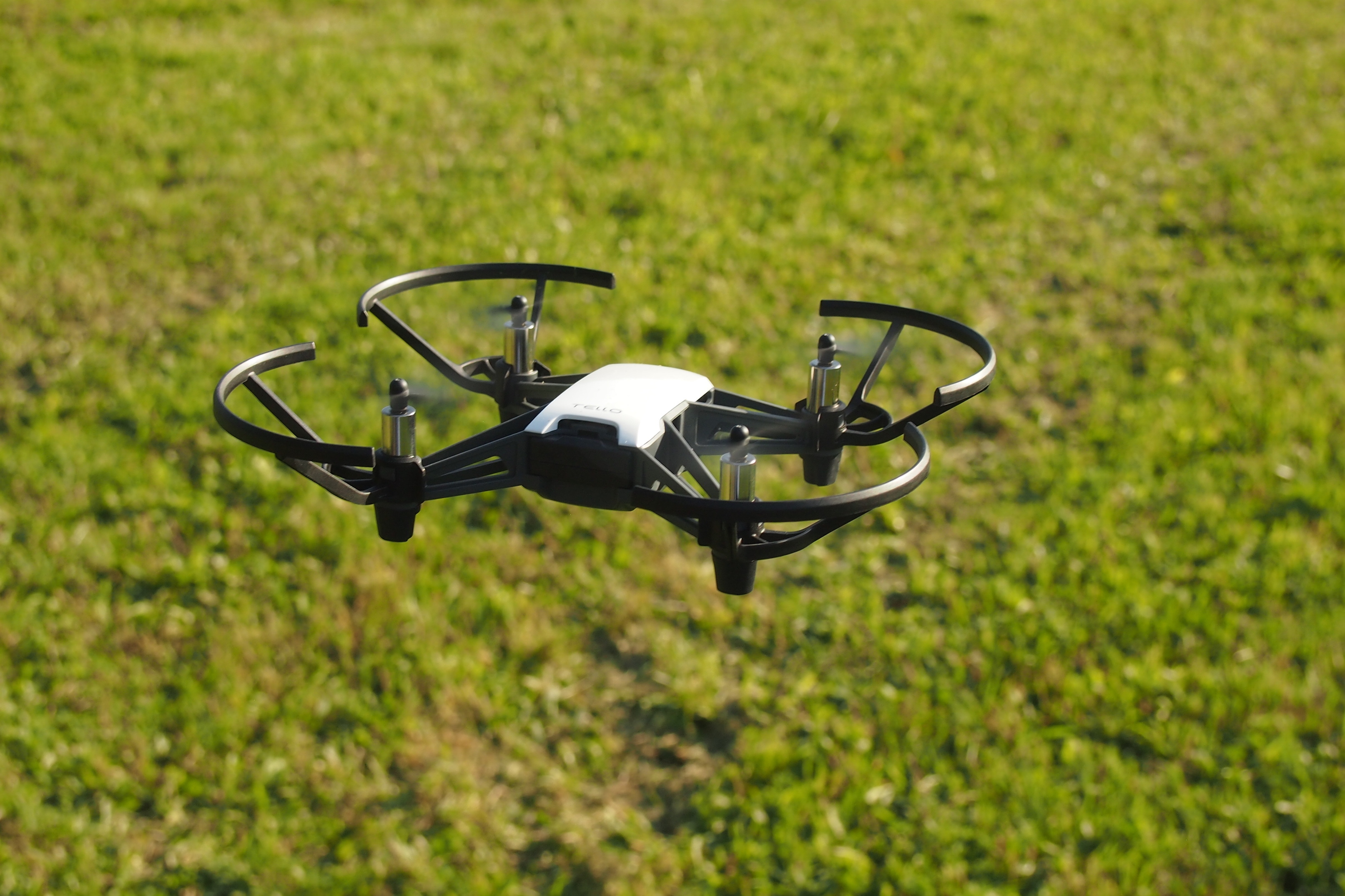 Tello in the air

is the first drone in this price range to come with a 5 MP camera and can record videos at 720p and 30 frames per second. For comparison: Most toy drones have a maximum resolution of 0.2 to 2 MP and usually cannot meet expectations of image quality for the specified resolution. Most shots suffer from poor focus, image distortion and vignette (dark corners). Of course, Tello’s shots can’t compete with those of a Phantom 4 Pro, but are on a very useful level, at least as long as the light conditions are good enough and there is little wind. The drone does not have a gimbal to compensate for vibrations and flight movements, but at least a digital image stabilization. The pilot can choose between “EZ Shots” functions, including Circle, 360 and Up & Away, so you can record videos with the touch of a button.

The photos are in my personal opinion quite neat for viewing on screen. The quality is good enough for selfies and snapshots. To be honest, I would have expected a little more from the videos. The image quality is not so bad, but the missing gimbal is noticeable. The image is moving, which leads to blurred areas. Another disadvantage is the lack of a microSD card slot: If the WLAN connection is poor, the live image and thus also the video recordings jittery. If Tello could save directly to a memory card, at least these transmission errors would not exist in the video recordings. I recommend to fly slowly for video recordings and to wait for wind still moments to get better footage. 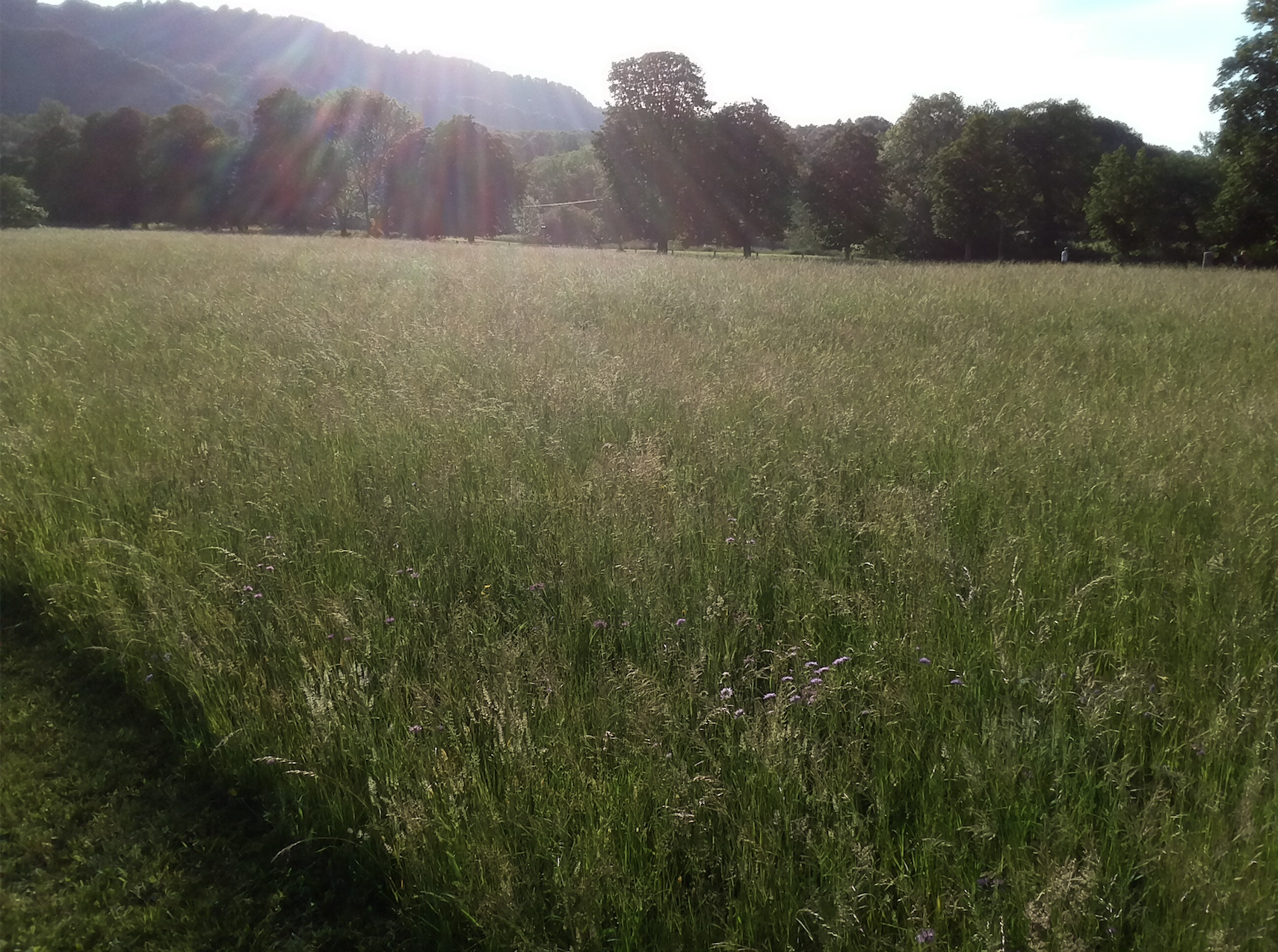 Image quality of the Tello camera

Of course, the image quality must be seen in relation to the price: The recordings of a Mavic Pro

or a Yuneec Typhoon H

undoubtedly cannot be compared. Even the DJI Spark takes better pictures. However, compared to the current models around $99 Tello has a much better image quality to offer and is good for snapshots.

First-person-view and own programming

The drone is compatible with virtual reality glasses such as Google Cardboard, which allows you to take a first-person view (FPV) so it almost feels like you’re in the air.

The Tello has also been designed for educational purposes. It can be programmed with Scratch, a programming language developed by MIT that teaches children and young people the basics of programming. Advanced users can also develop software applications for Tello with the Tello SDK. If you want to try it out, you can program your own flight scenes with the iOS App DroneBlocks and let the Tello fly.

with one battery, two sets of propellers and the propeller protection. If you want to fly a little longer than 13 minutes, you can invest in an additional Battery Bundle

You can even add an optional Controller

to Tello and control it with small joysticks instead of the touchscreen. There are different models for both Android and iOS.

to transport the Tello in your backpack.

Tello mixes up the market of mini and toy drones. With no other model around 100 € you get such a good camera and current technology as obstacle detection, optical flow and even tricks like a somersault at the push of a button. The Tello is ideally suited for an inexpensive entry into drone-flying. The negative points such as the missing memory card slots and the limited range of the radio connection and flight stabilization are no problem given the price.

The next competitor to Tello is the mini-drone Parrot Mambo

, which only offers a 0.3 MP camera. Other alternatives to Tello are the DJI Spark

with a 10 MP camera and the new DJI Mavic Air

, which both cost considerably more.

A summary of the most important technical features: