When drone newcomer Skydio announced the fully autonomous flying R1 for an impressive $2499, the main selling point was autonomous and “smart” flying, where obstacles are reliably avoided at high speeds. Now Follow-me and Obstacle Avoidance is nothing new anymore but doesn’t always work as reliably as one would wish for – especially not at high airspeed. A truly autonomous drone that can move independently even in a more complex environment with many obstacles would therefore still be something special.

So I was very curious about a first test of the R1 under realistic conditions: Realistic means in my case, I don’t read the instruction manual and try to fly the drone into a tree. Don’t be gentle, it’s a rental – in my case, however, a loan that I would prefer to return without scratches or damage. To anticipate: the R1 circled all obstacles with virtuosity. 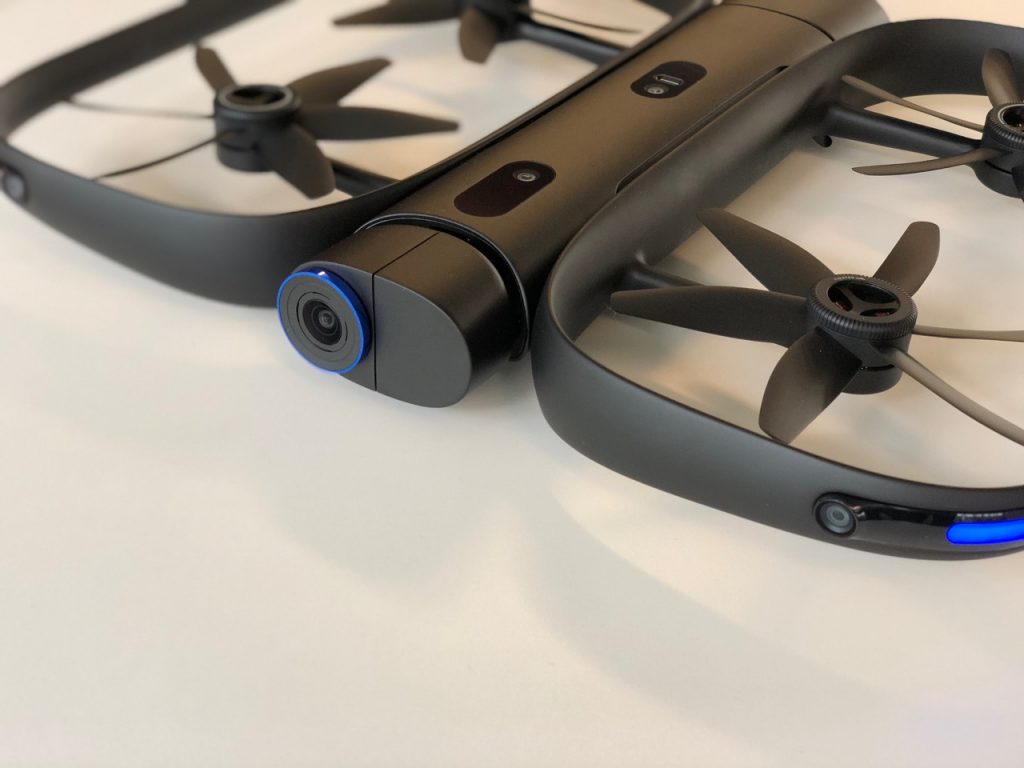 Follow-me is clearly one of the R1’s strengths and it is really impressive how confidently the drone finds its way, avoids obstacles and follows “its” owner. A DJI Mavic Pro should be able to do something similar on paper, but in reality, it can often be slowed down and slowed down by obstacles and stops in the air instead of looking for its way. The maximum speed of the R1 is about 25 mph, so it is possible to hang the drone with a fast ride (for example by bicycle). If the R1 loses the wireless connection to the smartphone (the limit at a distance of about 90 m), it stops and floats in the air until you return to it or the battery is empty. By the way, the battery life is only 16 minutes – for longer sports scenes this is a bit tight, but at least 2 batteries are included in the delivery.

The Follow-me mode is very well implemented, the drone follows a very agile and reliable. I managed to “escape” the R1 and get out of sight, but I also had to try hard and run fast to achieve it. In such a case, the R1 also stops in the air and waits until it can see its human being again – for example until I stepped out from behind the tree. The R1 can only track humans, animals (for example dogs) are not recognized in Follow-Me mode.

The case of the R1 is made of aluminum and carbon fiber and looks very solid and high quality. Measuring 13”x16”x1.5” (40 x 33 x 3.8 cm), the R1 is roughly the size of a pizza box and clearly stands out from the usual design of DJI drones. The four propellers are surrounded by a propeller guard that cannot be removed – the frame contains the numerous cameras that the drone uses for orientation. In addition to its prime feature Follow-me mode, the R1 offers numerous other flight modes with which pilots can become creative and exert more influence, including “Orbit”, “Tripod” or “Stadium” (an orthogonal position e.g. above a playing field). In “Lead” and “Side” mode, the threat flies in front of or next to an object and keeps it in focus. The selection of the modes and setting of altitude and distances is done via the app on the smartphone or tablet. However, the “virtual joysticks” are not an ideal way of precisely controlling a drone and are also more suitable for moving the R1 in the desired direction in which other drones are used to. At the same time, few manual settings mean that the R1 is extremely easy to operate. For example, the recordings are automatically started on take-off and stopped on landing. The internal memory is 64 GB, which corresponds to approximately 1.5 hours of filming in 4K.

In use as a camera drone, however, there are certain limitations: The 4K camera with 1/2.3″ sensor uses a wide-angle lens that is more suitable for some shooting scenes and less suitable for others. Of course, the wide angle of the R1 helps to keep the desired object in the frame and track it permanently. This works very well, but the autonomous flight also causes the drone to perform many, sometimes abrupt movements, which of course are not necessarily desired for filming. A cameraman would probably prefer smoother, slower movements, but for completely autonomously controlled shots, especially during sports, that’s fine. 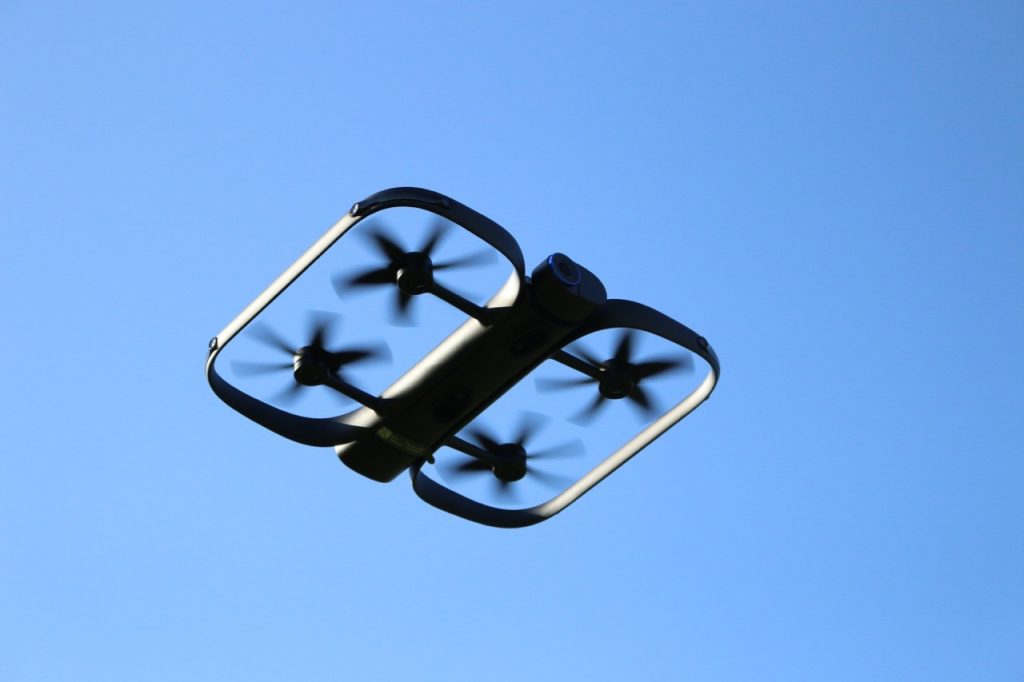 Skydio R1 in the air

Should you buy this drone?

The R1 is technologically absolutely impressive and actually delivers what it promises. The autonomous flight capabilities are currently the best on the market. The quality of the pictures is on a good level, comparable to one of the older GoPro models, but are of course far away from the M3/4 system camera. Models like the Phantom 4 Pro offer even better image quality. The only “problem” is the price. The R1 is with its autonomous flight almost perfect for beginners and hobby athletes, who don’t want to care about learning to fly but want to create great sports shots with little effort. I may be wrong, but in my opinion $2,499 more for this customer group than what is usually spent on a new gadget. For the price of the R1 you can buy two DJI Mavic Pro combo strips. Skydio describes its target group as athletes and “professional content creators”. Let us hope that this target group is large enough to let the R1 survive on the market – the R1 is definitely a very interesting, well-implemented camera drone. The R1 is currently only available at www.skydio.com.